She sees you when you're sleeping 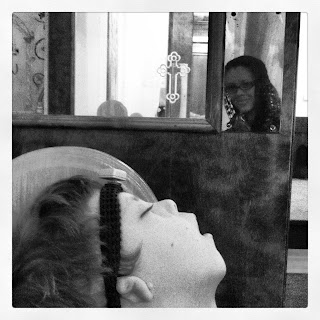 Posted by Elaine at 1:05 PM No comments: Fr Z has a poll on his blog re: women wearing a headcovering in church
http://wdtprs.com/blog/2011/02/wdtprs-poll-should-women-wear-head-coverings-in-church/
Posted by Elaine at 3:50 PM 3 comments:

Mother of the Bride

This lovely veil is from Saint Francis Veils
Posted by Elaine at 12:05 PM No comments: 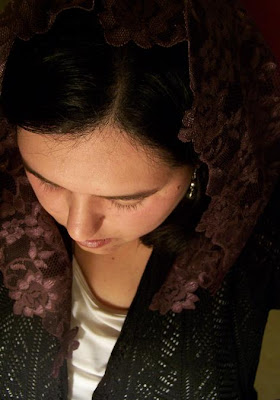 Lily at Veils by Lily has beautiful veils available now that coordinate with the liturgical color of purple for Advent.
Posted by Elaine at 4:53 PM No comments: 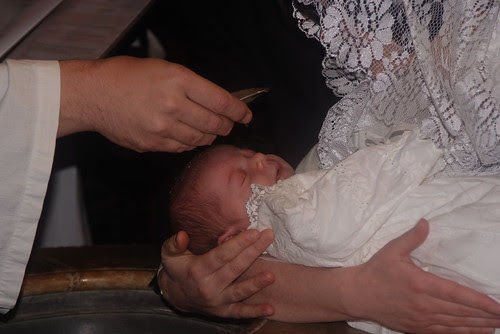 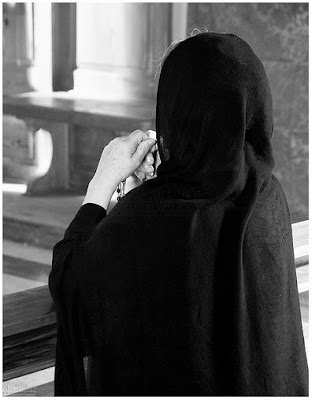 Posted by Elaine at 5:30 PM No comments: 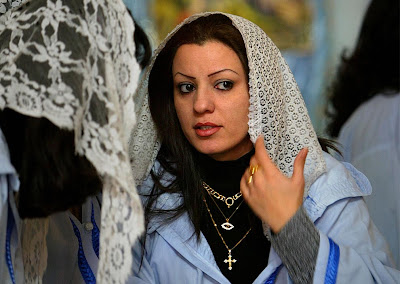 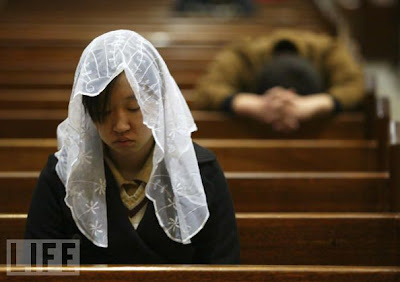 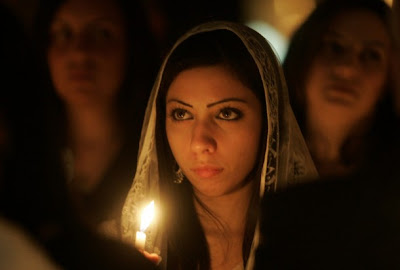 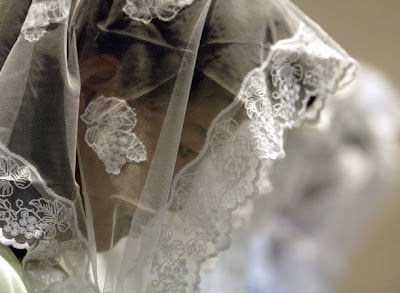 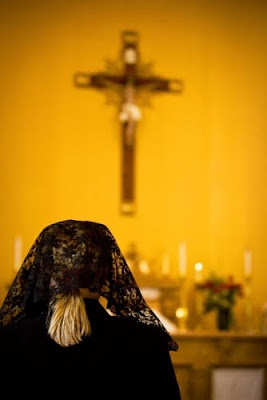 Posted by Elaine at 9:53 AM No comments: 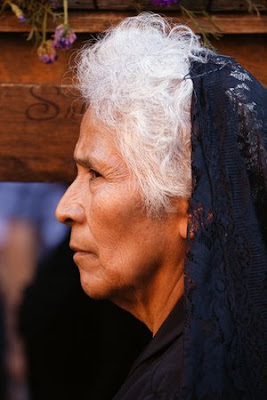 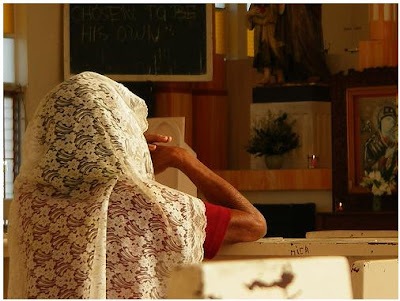 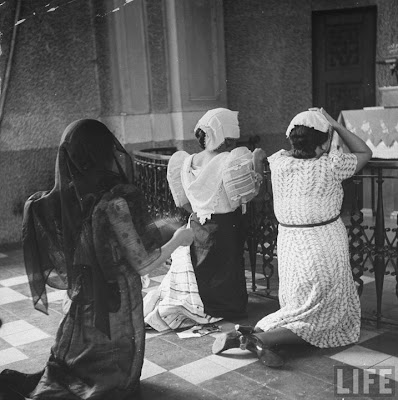 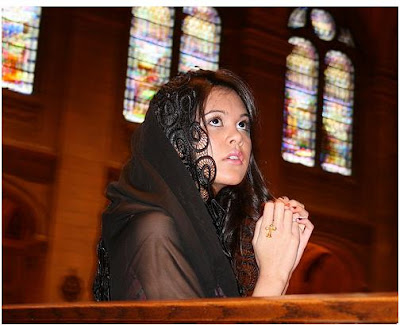 Photo by Bibi Gefri
Posted by Elaine at 7:10 PM 2 comments:

The Catholic Wife has a post asking women what they think when they see other women veiling at Mass. Go over and check it out. 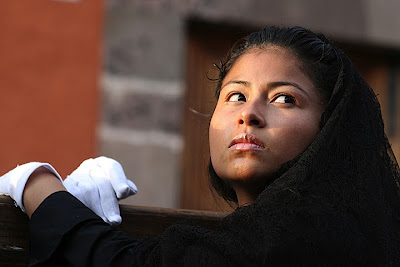 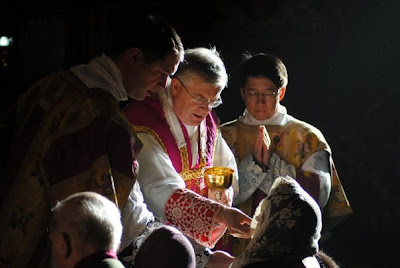 image from http://www.orbiscatholicus.org/
Posted by Elaine at 4:34 PM No comments:

The mantilla symbolizes a woman's humility before God. 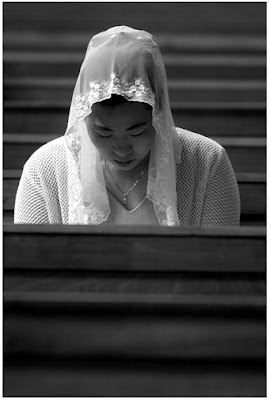 photo by Hector Flores
Posted by Elaine at 12:10 PM No comments: 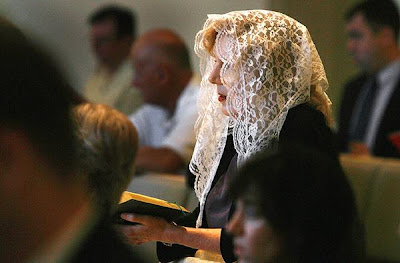 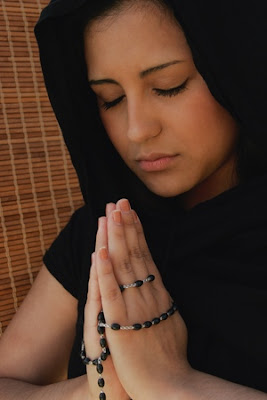 Here is an image I found on a online photo hosting service. I entered the search term "Catholic Woman" and this came up. Now any practicing Catholic will probably recognize that no one actually prays the Rosary in the manner depicted in this photograph. The beads are supposed to serve as a way to keep track of the prayers, so the woman would actually have to be toucing the beads in order to do that. But that's my point, actually. This is clearly a staged photograph of what the photographer felt a Catholic woman looks like. And look and see what she is wearing on her head. A veil has been associated with Catholic women for 2000 years. As this picture illustrates, even random photographers recognize the timeless importance of the chapel veil to Catholic identity.
Posted by Elaine at 9:07 AM 4 comments: 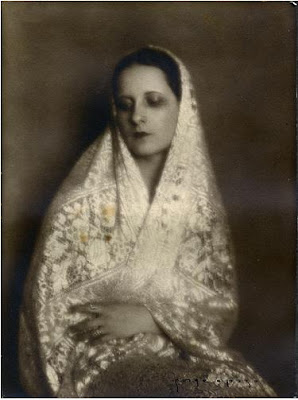 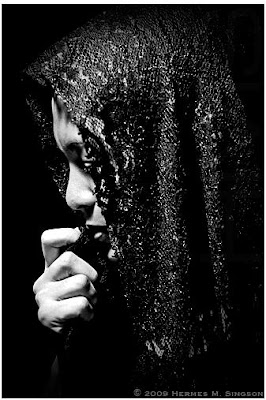 photo by hermes singson
Posted by Elaine at 10:39 AM 1 comment: 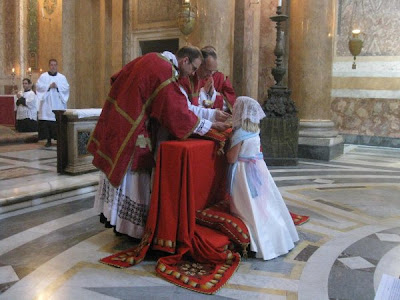 A delightful picture of a girl's First Holy Communion.
Posted by Elaine at 11:03 AM 3 comments:

If a non-Catholic feminist can....

These photos are exactly what pushed me over to full time veiling at Mass. I felt that if a non-Catholic, pro-abortion feminist can wear one when meeting the pope, certainly I can wear one when in the presence of my Lord and my God each week. 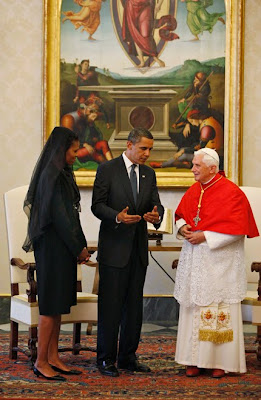 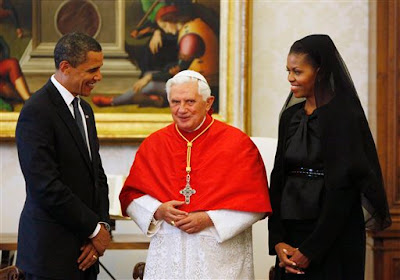 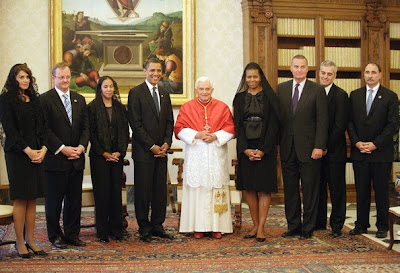 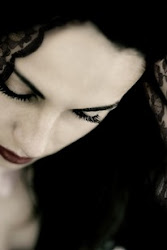 “And this is why the female body should be veiled because everything which is sacred calls for veiling. When Moses came down from Mount Sinai, he veiled his face. Why did he veil his face? Because he had spoken to God and at that very moment there was a sacredness that called for veiling. Now... feminists after Vatican II suddenly ‘discovered’ that when women go to Church veiled, it is a sign of their inferiority. The man takes off his hat and the woman puts on a veil. My goodness, how they have lost the sense of the supernatural. Veiling indicates sacredness and it is a special privilege of the woman that she enters church veiled.”
Dr Alice Von Hildebrand

Where to Purchase Chapel Veils

Articles about veiling at Mass